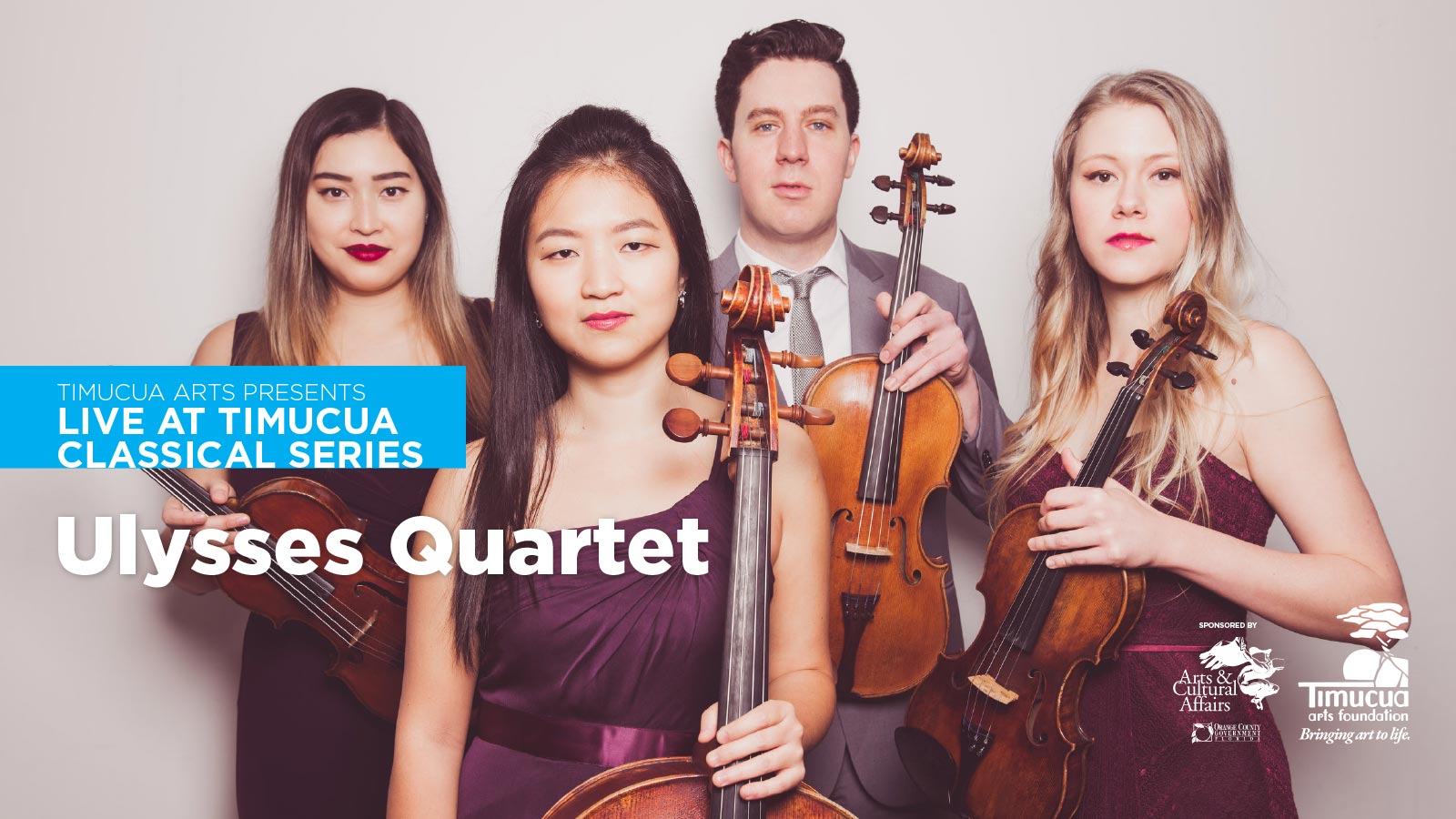 The Ulysses Quartet has been praised for their “textural versatility,” “grave beauty” and “the kind of chemistry many quartets long for, but rarely achieve” (The Strad), as well as their “avid enthusiasm … [with] chops to back up their passion” (San Diego Story), “delivered with a blend of exuberance and polished artistry” (The Buffalo News).

At Juilliard, they are the Lisa Arnhold Fellows, serving as the School’s Graduate Resident String Quartet, an appointment that has been extended through May 2022.