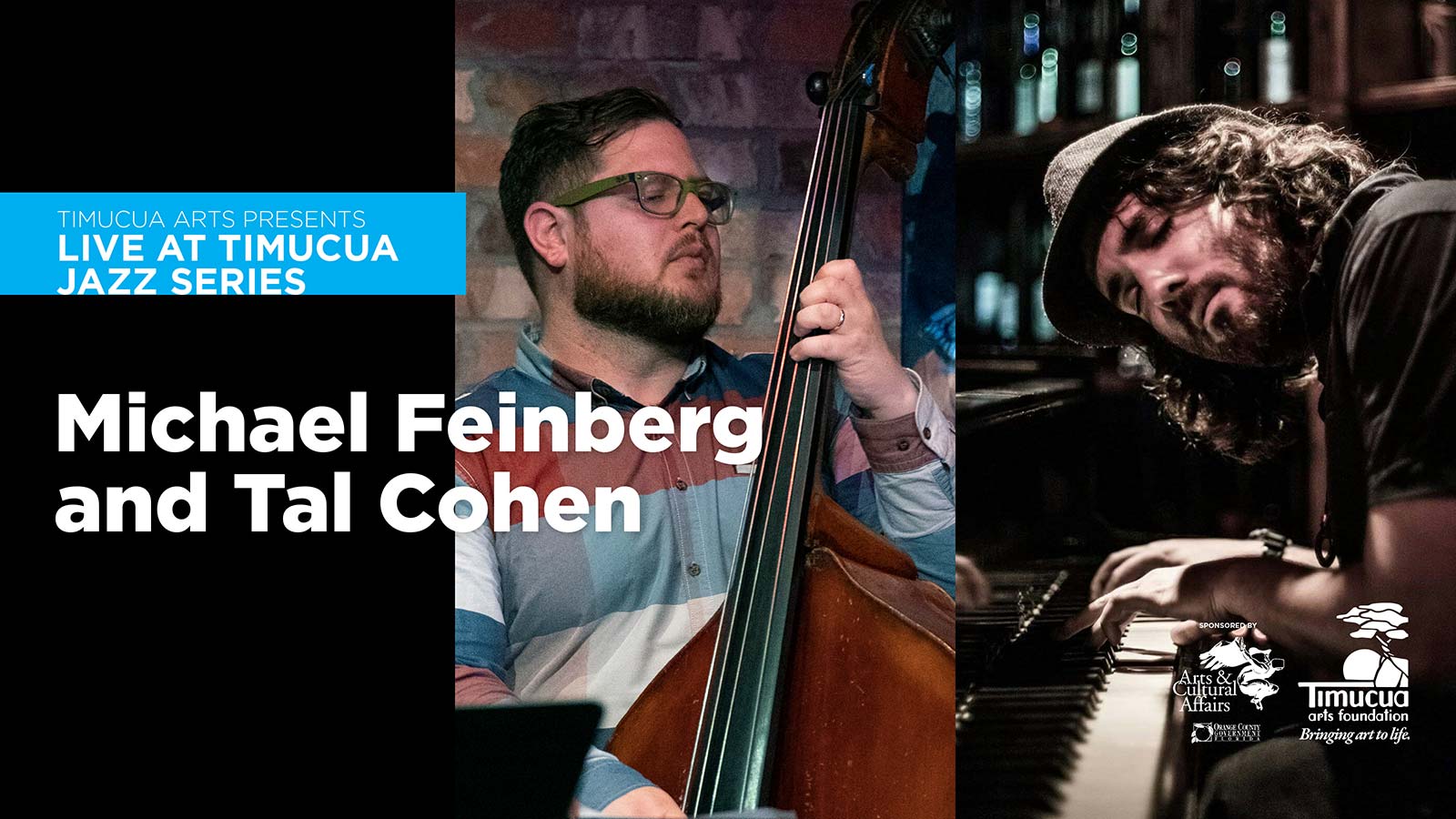 Two of the brightest young talents working today in Jazz performance and composition join forces on the stage at Timucua for a very special collaborative event. Michael Feinberg (bass) and Tal Cohen (piano) will delight and astonish with their musical abilities and interplay in our very intimate concert space. Come experience a sophisticated evening of musical conversation between these two compelling artists.

Bassist and composer Michael Feinberg has emerged as “one of the premier young artists on the New York scene” according to Jazz Inside Magazine. Raised in Atlanta, he began his music career on the bandstand as a member of GRAMMY-nominated trumpeter Russell Gunn’s quartet. As an undergrad at University of Miami, Michael recorded his debut record Harajuku which helped earn him a residency at Betty Carter’s Jazz Ahead at the Kennedy Center. Following the release of sophomore release “Evil Genius,” Michael headlined SXSW festival in Austin.

Tal Cohen is a Grammy award winning jazz pianist currently located in Miami. He has received much acclaim including winning the Barry Harris National Piano Competition and was the recipient of the prestigious Freedman Fellowship. Cohen has performed to a sold out crowd at the Sydney Opera House.

His most recent album- “Gentle Giants” has received international acclaim and gained him many reviews including a 4 star review from the historic Downbeat Magazine. Cohen has become one of the most in demand pianists as he continues to tour the globe with his unique blend of Jewish melodies, traditional jazz harmony and an impeccable rhythmic pallet forging a path to be remembered.

“A vibrant young bassist/composer whose voice conveys a distinct musical vision, Michael Feinberg continues to bring fresh ideas to life with music that incorporates jazz, hip hop, and rock, as well as influences from his Middle Eastern and Eastern European heritage. Through the continuing school of experiences: performing, writing, arranging and leading multiple bands, Feinberg has proven that he is one of the rising jazz elite.” – All About Jazz

“Tal Cohen is among the best of a very few young inspired pianists I’ve encountered in my travels…Tal’s playing is full of passion, focus and creativity”- Joe Lovano