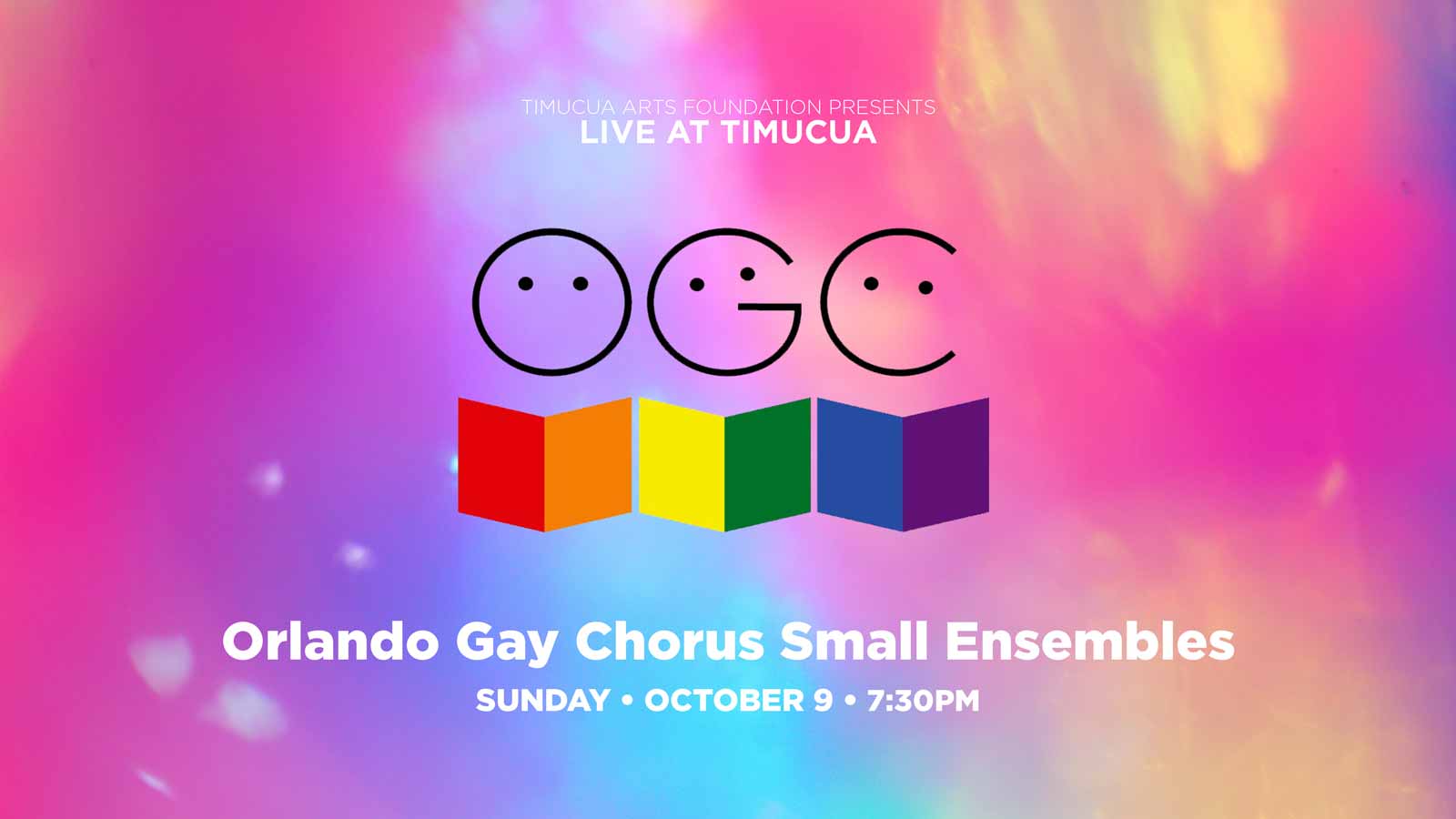 Celebrate Orlando’s Come Out With Pride week with the sweet serenade of the small group ensembles of the Orlando Gay Chorus (OGC). OGC was founded on Valentine’s Day in 1990 and consists of over 120 singing members from all walks of life and representing every letter of the LGBTQ+ spectrum, including allies. You may have heard OGC’s ensembles in the main stage concerts or at a variety of community engagements around Central Florida. This concert will feature the four OGC ensembles: OUTLOUD!, Nothin’ But Treble, Spectrum, and Ménage. Each ensemble brings their own style and talents.

Here’s a bit about each one:

OUTLOUD! is the longest running ensemble in GALA (Gay and Lesbian Association of Choruses). They are known for their campy songs, their choreography, and fun. However, they really enjoy singing on the serious side from time to time. OUTLOUD! is a TTBB (Tenor 1, Tenor 2, Baritone, Bass) ensemble.

Spectrum is known for its Broadway musical songs and beautiful arrangements of pop songs. They are a mixed voice (SATB – Soprano, Alto, Tenor, Bass) ensemble. Sometimes breaking into 8 or more part harmonies, this ensemble loves to blow the roof off performance venues!

Nothin’ But Treble makes use of the treble clef – and has only upper voices (SSAA – Soprano 1, Soprano 2, Alto 1, Alto 2)! Get it, nothin’ but treble? They are known for their a cappella (no accompaniment) songs ranging from pop hits to pristine ballads.

Ménage is an all lower voice (TTBB) jazz ensemble. Known for their tight-knit harmonies and their intricate arrangements, this group always keeps it classy. Even their outfits are always on point!