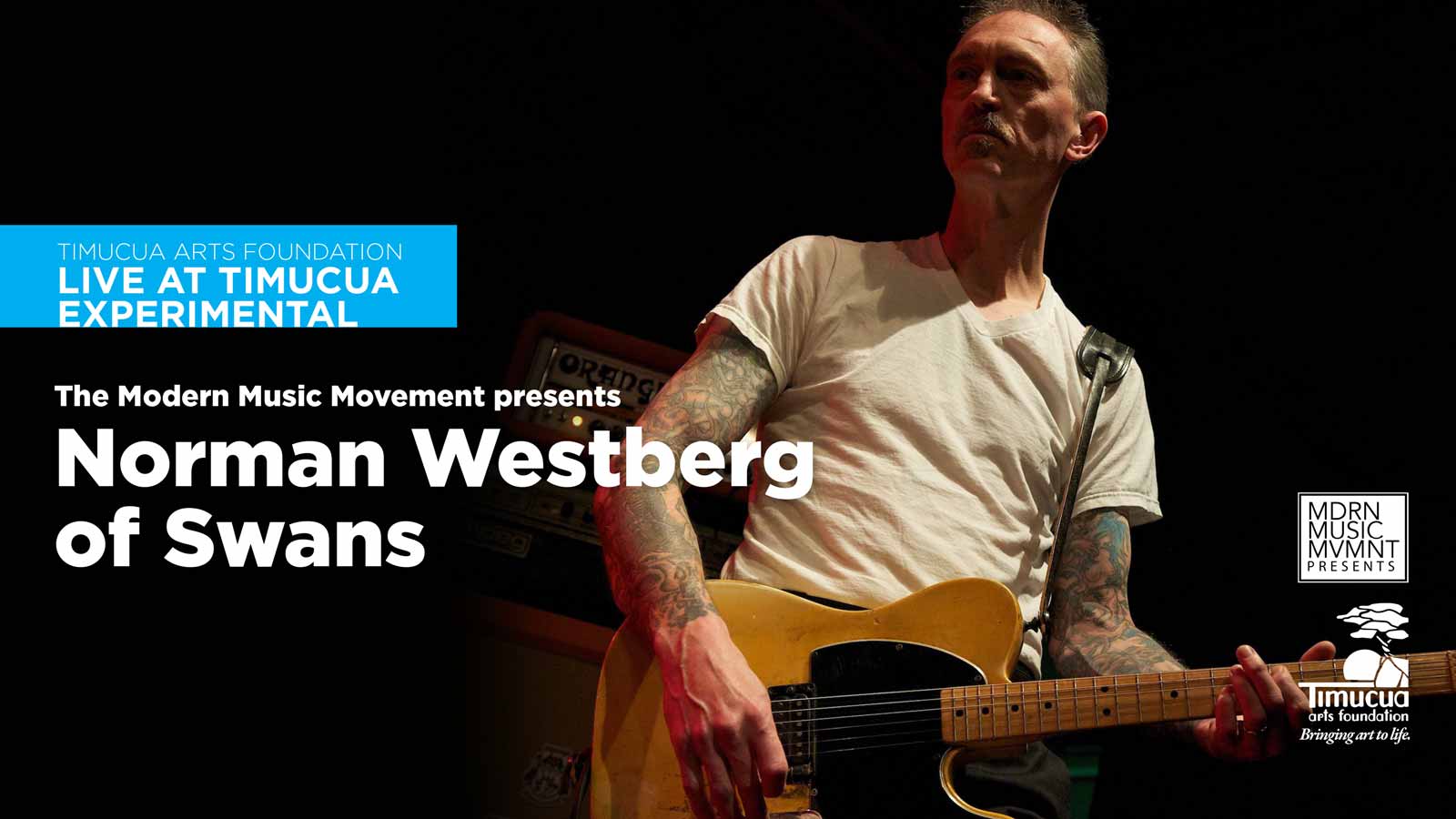 Best known for his work with the seminal outfit, SWANS, Westberg’s output beyond that group is sprawling and restless. His name recurs and ripples through many interconnected micro-histories surrounding New York City’s music and art scenes. From appearances in film works associated with the Cinema Of Transgression, through to his participation in bands such as The Heroin Sheiks and Five Dollar Priest, Westberg’s name is woven deeply in to the fabric of NY, over the past three decades.

A Note from Lawrence English…

“Norman Westberg’s guitar playing with SWANS has influenced a generation of musicians across genres. I can personally attest to how his particular approaches to that instrument, in creating both harmony and brute force, have challenged and ultimately influenced my own sonic preoccupations.

What Norman has created with his solo works is an echoing universe of deep texture and harmonic intensity. His solo compositions generate an affecting quality that drives the listener towards reductive transcendence.

His guitar, as a singular source, becomes transformed through a web of outboard processes. He transforms vibrating strings completely, taking a singular gesture and reshapes it through webs of delay, reverb and other treatments. To me, these works echo many of the concerns of American minimalism and sprawl outward towards the work of bands such as Stars Of The Lid. Norman has created a very dense and powerful statement of intent with [his] recordings and I couldn’t be more pleased to have some small part in helping to share them.”