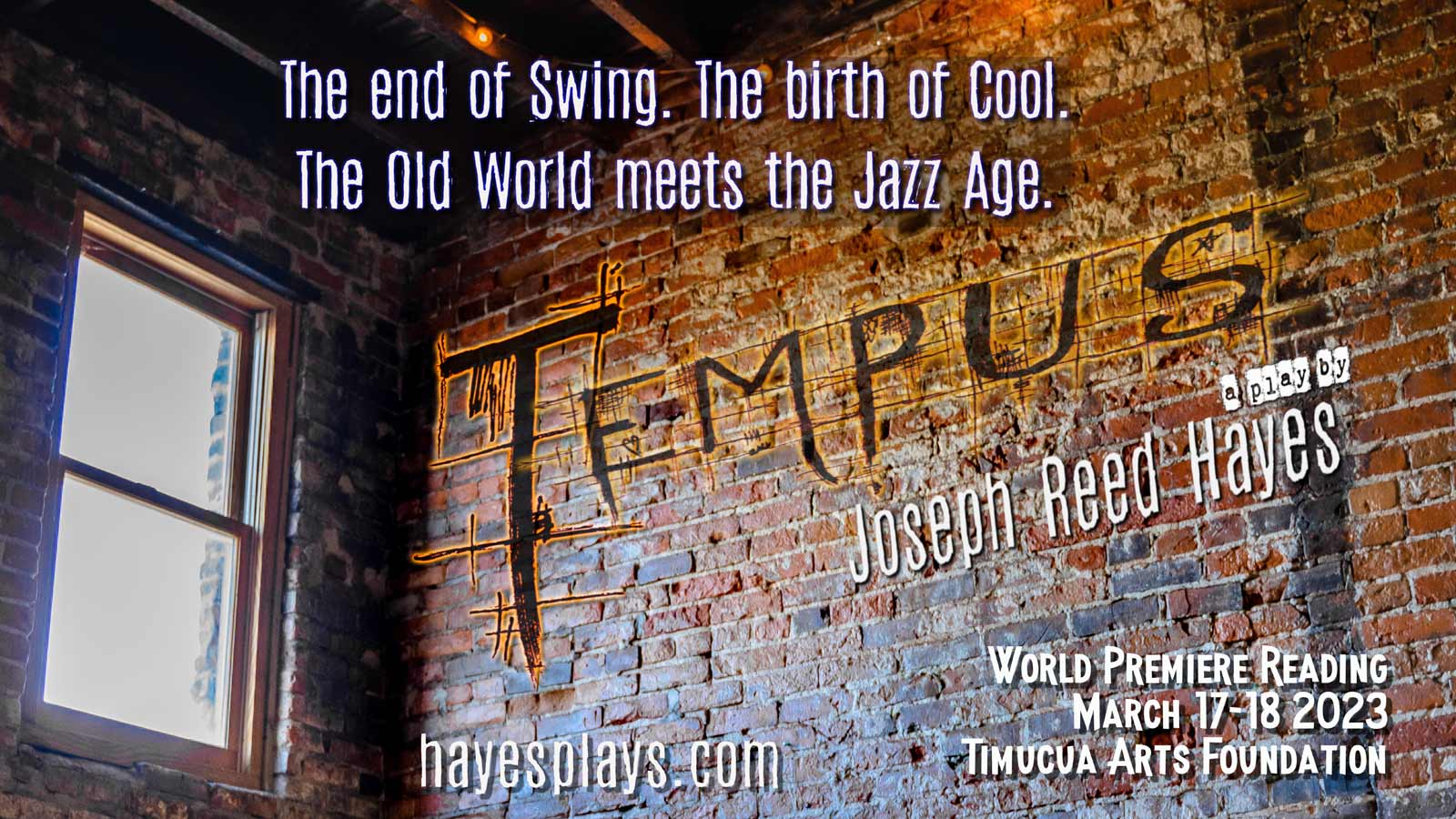 In a time when young “bebop” musicians were inventing a new ways of expressing the freedom of jazz, old established big band swing players found themselves being replaced, and a deep schism emerged. Even after the generational changes of the war began to slowly influence society, white and black musicians could not play on a integrated stage (actually true well into the 1960s) – the only place they could mingle and share music was either in after hours clubs or jazz loft spaces in New York, Chicago and Los Angeles. Jewish musicians who, upon arrival in America, were obliged to learn two new languages: English and jazz, and in the ensuing years added their musicianship and background of Eastern European music to the growing lexicon of jazz.

TEMPUS will also become the libretto for a new American opera, created with Timucua master Benoit Glazer, sharing the themes and ideas of the play.

Joseph Reed Hayes celebrated his 20th year as a playwright in 2022, concurrently working as a full-time freelance writer, artistic event producer and advocate for new, original creative work. He has gone from devilish unfocused child in the Bronx to a proudly neurodivergent creative, marking a career in Orlando FL (of all places) that has included 56 productions and readings of his work across the US and in three countries. Two of the four shows he presented in 2022 included the only double Critics’ Choice Award-winner in that year’s Orlando Fringe Festival (The Mockingbird News), and If I Had My Way, called “A fascinating mix of contemporary issues about class, race, circumstance and relationships against a uniquely Florida historical background” by the Orlando Sentinel and given two “Best Leading Actor Drama” awards for 2022. TEMPUS is his eighth play premiered at Timucua, and his 13th appearance on its stage. He can be found at hayesplays.com