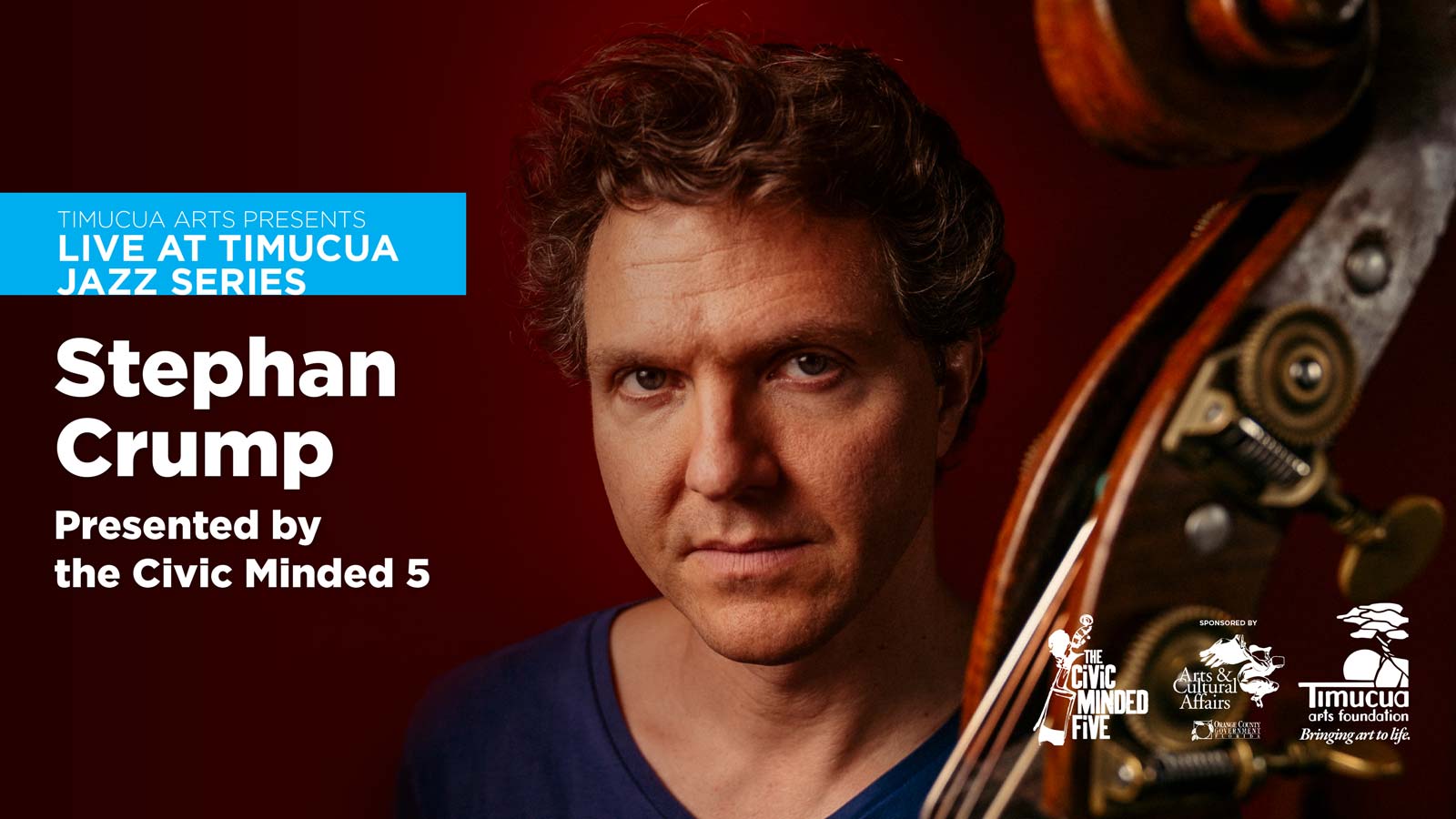 Memphis-bred, Grammy-nominated, Echo Award-winning bassist/composer Stephan Crump is an active bandleader with twelve critically-acclaimed album releases in addition to numerous film scoring contributions. Stephan’s solo performance, which explores his unique musical language through an expansive range of sonorities on the acoustic bass, is a culmination of decades of work as a bassist, composer, and improviser. Throughout the last year, he released monthly solo recordings in a fan-supported series via his Bandcamp page. The new album, Rocket Love, is curated from this body of work. Known for transforming his instrument into a speaking entity of magnetic pull, his focus on creative instrumental music has led to collaborations with many of the leading lights of his generation, most notably Vijay Iyer, in whose trio and sextet Crump played a dynamic, founding role.

“Crump coaxed from his bass the kind of striking, spectral sob that makes audiences want to erupt in applause.” L.A. Magazine

“I am tempted to call Rocket Love my favorite solo bass recording of all time. At a minimum, it is the most varied and fun.” Popmatters