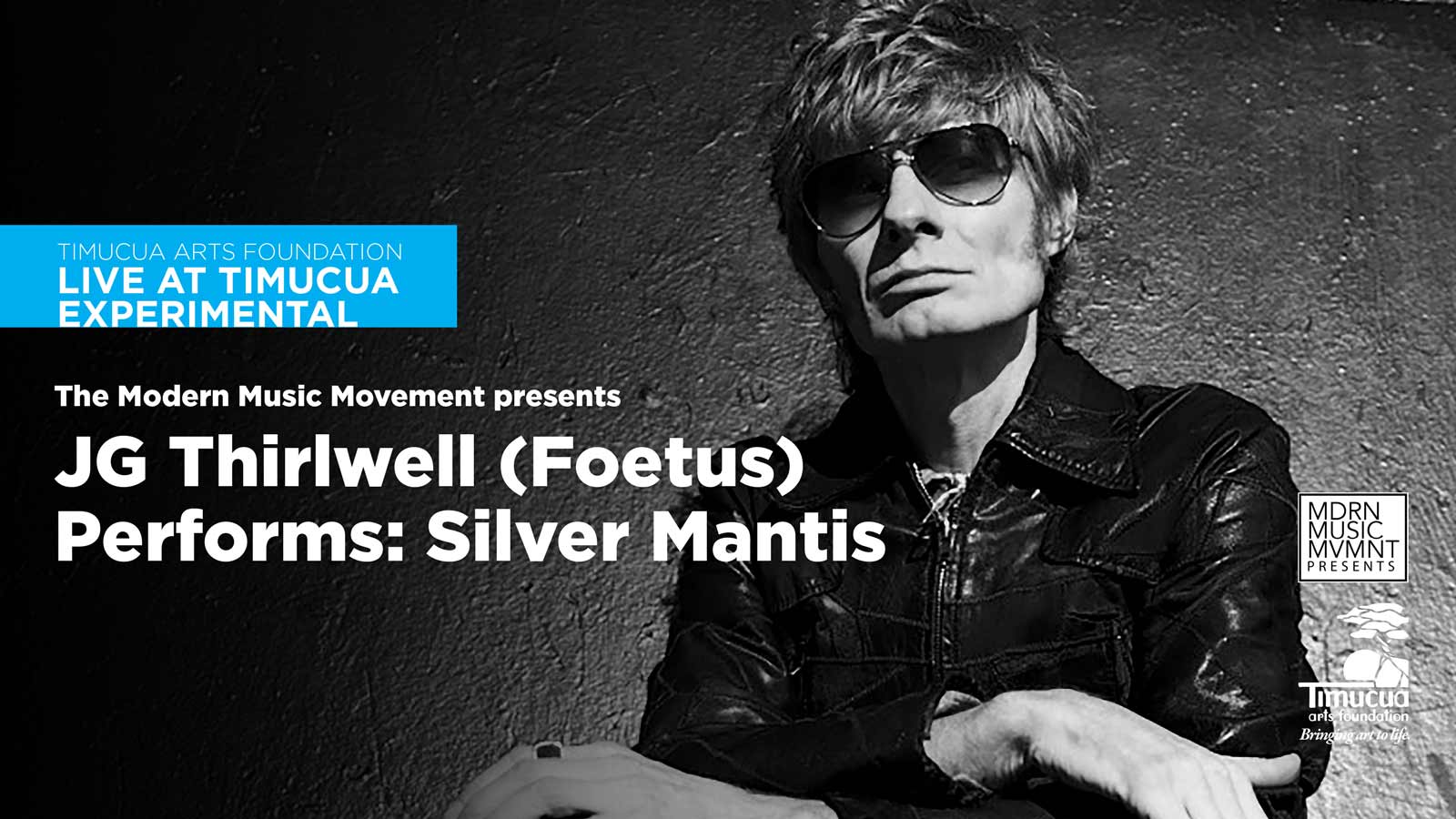 JG Thirlwell is a composer/producer/performer based in Brooklyn, NY. Born in Melbourne, he moved to London in 1978, then relocated to NYC in 1983, where he has been based ever since. As well as his own name, he works under many pseudonyms including Manorexia, Foetus, Xordox, Steroid Maximus, Baby Zizanie, Hydroze Plus, Clint Ruin and Wiseblood.

He has released over thirty albums. If there is a common thread to his varied musical styles, it is a dramatic intensity and an evocative, cinematic quality. Thirlwell has also featured as producer, remixer, collaborator or arranger for a wide variety of artists including Karen O, Noveller, Excepter, Zola Jesus, Melvins, Swans, Nine Inch Nails, Lydia Lunch, Coil, Z’s, The The, Simon Hanes, Nick Cave and many more.

JG has completed commissions for Kronos Quartet, Bang On A Can, String Orchestra of Brooklyn, Experiments in Opera, Zephyr Quartet, Great Learning Orchestra , Jeffrey Zeigler, League of Electronic Musical Urban Robots and more, and is a member of the“freq_out” sound-art collective, curated by CM Von Hausswolff, who create on-site sound and light installations. He is also an acclaimed graphic artist. In 2010, he received a fellowship from New York Foundation of the Arts in sound / composition.

He has created solo sound installations which have exhibited in Santarcangelo, Italy and Kaliningrad, Russia. He performs live with a chamber ensemble version of his Manorexia project, as JG Thirlwell with his electro-acoustic “Cholera Nocebo” project and with his electronic project Xordox.

JG also creates the musical score for the Emmy-winning FX show Archer, and for Adult Swim / Cartoon Network show The Venture Bros, for which he was nominated for an Annie Award. JG has also created several motion picture scores. He has been completing a residency at Elektronmusikstudion in Stockholm. He also scored Tony Oursler’s film installation, Imponderable, which was on exhibit at the Museum of Modern Art in New York in 2017.