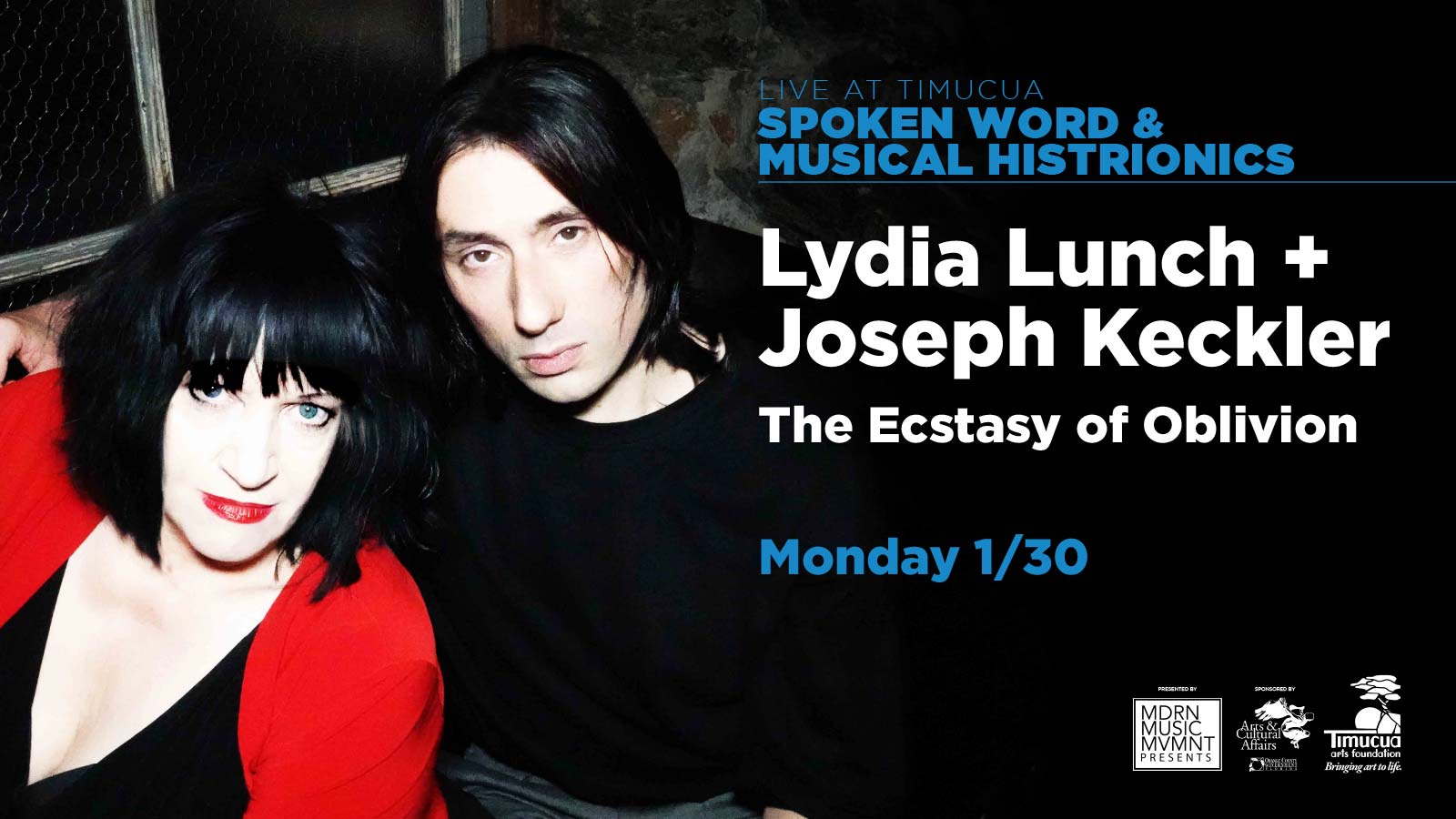 Passionate, confrontational, and bold. Whether attacking the patriarchy and their pornographic war mongering, turning the sexual into the political, or whispering a love song to the brokenhearted, her fierce energy and rapid-fire delivery lend testament to her warrior nature.

Queen of No Wave, muse of The Cinema of Transgression, writer, musician, poet, spoken word artist, and photographer, she has released too many musical projects to tally, has been on tour for decades, has published dozens of articles, half a dozen books and simply refuses to just shut up. She performs in a variety of mediums, is a rabid collaborator, and continues to release new music as well as re-issuing classic material from her vast catalogue of written and musical works

Since 2019 Lydia has been hosting The Lydian Spin, a weekly podcast featuring musicians, artists, writers, and filmmakers in conversation.

Her decades-long career is the subject of Lydia Lunch: The War is Never Over, a feature-length documentary by Beth B, which is presently touring the UK, US, and Europe.

A singular artist known for his stirring voice, vivid prose, and performances that “dance between comedy, commentary and communion,” Joseph Keckler is a singer, writer, composer and multimedia creator often zeroes in on moments from daily life and transforms them into absurd and affecting underworld voyages.

Hailed by The New York Times as a “major talent who shatters the conventional boundaries,” his performances have been featured by NPR’s Tiny Desk series, Lincoln Center, Centre Pompidou, among others. His essays and stories have appeared in McSweeney’s, Vice and elsewhere, and in 2018 his first collection, Dragon at the Edge of a Flat World was published by Turtle Point Press.

In 2019 he premiered two works, Train With No Midnight with Prototype and Let Me Die with Opera Philadelphia, and toured the U.S. as the national support act for rock band Sleater-Kinney. His work has been supported by Creative Capital and this year he is an artist in residence at Dartmouth College and The Ringling Museum of Art.